Christoph Bacher Archäologie Ancient Art is Austria’s leading gallery with two showrooms in Vienna which exclusively deals with ancient art. The time period ranges from 6000 B.C. to 600 A.D. Geographically the borders are from the Iberian cultures in the west, to Egypt and Nubia in the south to the Iranian cultures in the east. Certainly there is special emphasis on artworks from Ancient Greek and the Roman Empire. The programme offers a large selection of objects in museum-quality as well as in the lower price segment – in our two Viennese galleries and on our daily updated website.

Christoph Bacher (born in November 1973) studied History at the University of Vienna and worked as a journalist for almost 20 years until February 2015, most of the time as head of the department and later on as member of the board of editors of the magazine NEWS. His passion for ancient art led to a professional reorientation and the founding of the gallery at Stubenring in the centre of Vienna (2015). In April 2017, the gallery opened in addition a large showroom with over 170 square meters just a few steps away. The programme comprises of hundreds of art pieces dating from 6 000 B.C. to 600 A.D. Every piece is examined diligently for its genuineness, origin and provenance. Its authenticity – as a matter of fact – is guaranteed without any time limitations. 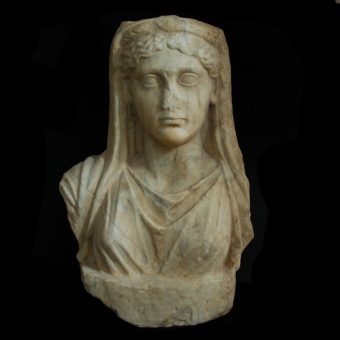